Don't you love it when secrets come out?

My one vain hope in this world is that this mortal body does actually survive longer than alleged bum-botherer Tom Cruise, so we can all bear witness to a cavalcade of boy-totty leaping out of the closet to attend the funeral and claim him as their own. That's a point: how do Scientologists have funerals? I suppose if his casket is laid out on a pink ribbon float that travels down Broadway down to where they're showing 'Wicked', we won't have to wonder any longer, will we?

But anyway. The other secret that caught my delectable green/grey eyes this very week is the US government considered developing a Gay Bomb. How utterly marvellous!

For those of you who's imagining a device that drops behind enemy lines, projects a 15-foot hologram of Cher before releasing a cloud of 'cK One' and a recipe for stuffed porcini mushrooms, apparently you're wrong. 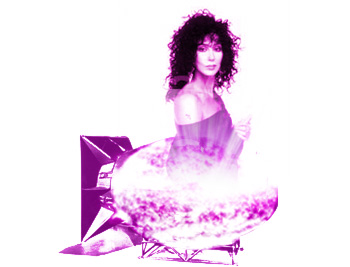 The plan for a so-called 'love bomb' envisaged an aphrodisiac chemical that would provoke widespread homosexual behaviour among troops. Provoke? Clearly these people haven't seen the, uh, Gentleman's Recreational Film 'Standing to Attention!' where it seems the whole of the Navy, Army, Fire Department and a quick cameo from the 'fifth emergency service', the Automotive Association, decide to go at it like knives. Although I do believe the latter was a rather laboured plot device to get in a scene with a bicycle pump. Not wholly expected. And seemingly not by the actor in the scene, either.

So. Hilarious Gay Bomb. That clearly comes with a subscription to Homes and Gardens when it goes off. Can you guess how much this whole charming endeavour would have cost?

Hey. I'm cheap, but at least I get the job done.

Standing to Attention you say. That's one I haven't seen before. I'll have to look that up.

I love their description of why they didn't drop a bomb that smelt of poo. "Researchers concluded that the premise for such a device was fatally flawed because 'people in many areas of the world do not find faecal odour offensive, since they smell it on a regular basis'."
Pure class!

Well there you go - you're a secret weapon already! Who knew?

I still think the Cher hologram could work though.

You are such a riot.

"an army of lovers would be unstoppable"

Lee, thank God for you darling:) I needed to come here today!lol!XOXOXO.
A Gay bomb sounds amazing! I always loved the Greek army.

This would be in conjunction with their top secret elite PINC squad -the Paratrooping Infiltration Negotiation Commandos. Their motto, "Don't ask, don't tell my ass."

I think we could have done with that gay bomb for those nasty wonky-faced BNP folk this week. They need to feel the love and fabulousness rather than the scapegoatyness and general racism-related activities.

And Tom Cruise is gay? I have never heard such bare-faced lies! He made a little baybee with that girl from Dawson's Creek and hasn't shut the fuck up about it ever since so he can't be a shirt-lifter!

Stop dirtying his name. He's doing a good enough job of that himself.

Gay bombs for everyone! Stop the fundamentalist madness! Stop the population explosion! Oh, wait, all the gays are finding Christ and having children, now... crap.

Do you like Madonna? Check out my new blog all about HER. www.madonnafiles.blogspot.com
Thanx
Dean aka m-filer

You've got to wonder how much time they spent testing the chemical that makes a bunch of hot squaddies start shagging each other like there's no tomorrow.

You've also got to wonder ... where can I get my hands on some of that chemical?

It set you back a whole £22.40 ? You really need more practice, dear. With the right combination of wifebeater and charm (and maybe a spliff), you can get it down to under a tenner ;o)